Music from the towers of Gdansk

We are proud to present you the fourth series of concerts that are a continuation of the centuries-old Gdansk tradition of tower music. The concerts will be held between July 26 and August 9 and will enrich the St. Dominic’s Fair. VisitGdansk has the pleasure to be one of the event’s patrons. 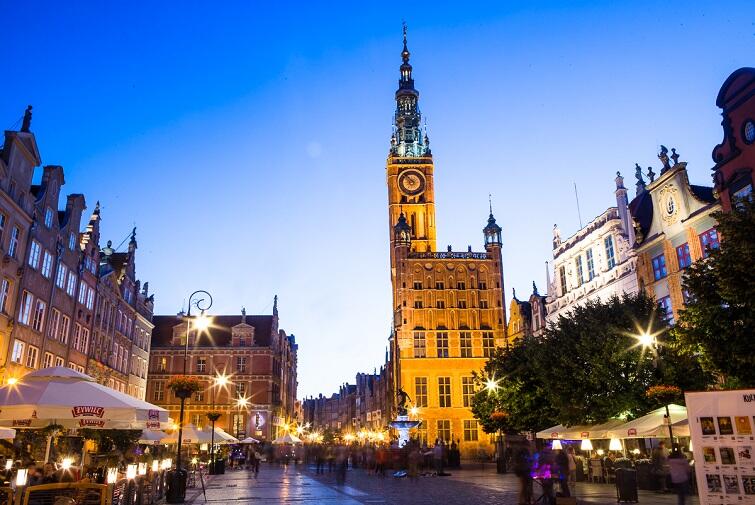 The Tubicinatores Gedanseses music band will play on three towers of Gdansk – accompanied by carillons on two of them. During the 20-minute concerts, old pieces from the Gdansk and European repertoire will be performed. The artists – with the obvious exception for the carillonist – will play historical instruments – natural trumpets and percussion. The musicians will be dressed in costumes from the period, and the passages between the towers will be accompanied by the Kompania Kaperska reconstruction group gathering several people who reproduce bourgeois figures from the 18th century, and an escort of soldiers from the Gdansk Garrison. A town crier will invite passers-by to the concerts, explaining their tradition.

Gdansk is the only city in Poland where such concerts are possible – only here do we have three beautiful concert carillons, i.e. groups of tower bells, which are played with a special keyboard. They are located on the towers of St. Catherine’s Church and the Main Town Hall. The third carillon is a mobile instrument and it is installed on a vintage truck.

A few words about the history of Gdansk tower music: The Tower Pipers (Turmpfeifer) played music from the Gdansk towers back in the 15th century. They were sworn municipal guards, associated in a guild named Turmpfeiferdienst (town piper office). They played on the towers of the Church of Our Lady and St. Catherine. Eventually, a third piper joined, who played on St. John’s Church. Their duty was to issue warnings, greet distinguished guests with fanfares and announce the closing hours of the city gates. In addition, pipers playing on the tower of the St. Catherine’s Church played short trumpet calls every 30 minutes, and a longer melody every hour – these were probably religious songs. Furthermore, they played music on sunny Sundays and holidays.

The simple signals made by the pipers soon transformed into a more elaborate music, known as the Turmmusik. The task of the musicians was to fulfil the role of heralds and accompany the messages, as well as trumpeting edicts and decisions of the City Council. As field trumpeters, they also participated in military expeditions. In addition, from the mid-sixteenth century, they were obligated to participate in services in the church of our Lady and play in the town hall tower twice a day, except for Friday, from spring to St. Martin’s Day (November 11). From the mid-sixteenth century, apart from playing on the watch tower, they worked as musicians for the church choir.

From at least the mid-nineteenth century, on the tower of the church of St. Catherine’s, musicians were accompanied by a carillon, the history of which in this tower dates back to 1738.

We invite you to a musical return to the old Gdansk!

MUSIC FROM THE TOWERS OF GDANSK FOR THE ST. DOMINIC’S FAIR

The concerts have been co-financed by the City of Gdansk.

Autumn board game madness. 25% off!
SEE ALL