We can say with absolute certainty that amber has intrigued people since time immemorial. The ancients were fascinated with its medicinal properties, something that was mentioned by Hippocrates, and Pliny the Elder’s descriptions also mention its beneficial effects. Its beauty was also known, as mentioned in Homer’s Odyssey. 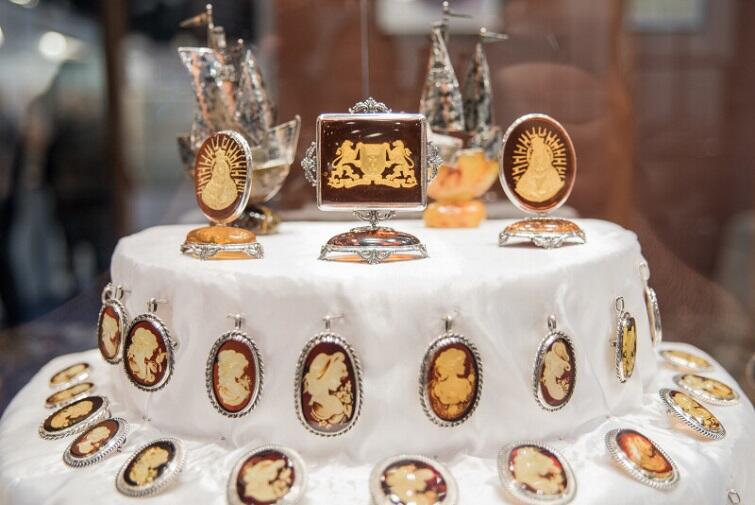 It was therefore used for purposes other than medicine and magic.

Amber also proved to be easy to polish. A very hot wire can poke a hole in it, and when you put a string through it, you get a necklace. Amber necklaces became an ornament that was highly sought-after by men and women alike.

And since Baltic amber was (and still is) very desired, a number of trade routes were established from Southern Europe. Specifically from the Roman Empire to the Barbaricum area. Another route ran to Asia Minor, but it died down in the 11th century. Today, we make frequent references to this tradition, an example of which is the large collection of semi-finished amber products discovered by archaeologists near Gdansk.

In the Middle Ages, the amber trade in the city itself was monopolised by the Teutonic Order, and the first amber workers’ guild was only officially approved after the Thirteen Years’ War, in 1477. That year marked the beginning of the golden age of Gdansk amber. According to amber expert Wieslaw Gierlowski, “in the mid-seventeenth century, every twelfth working citizen of Gdansk worked in the amber industry”.

The fame of Gdansk master artisans (and a certain craftsman unaffiliated with the guild) extended far beyond the city itself. And without Gdansk’s artisans, there would also be no silly season in the press. How so? Gdansk is the origin of the lost Amber Room. The 20th-century treasure hunting story was therefore given birth to by early 18th-century Gdansk jewellers and their marvellous creation. The Amber Room, lost during World War II, is still searched for by new generations of explorers. With every new tourist season, newspapers proudly report that a lead has been found which may result in its discovery...

The Gdansk amber industry continued to boom until the early 18th century. Some believe that the Amber Room was its swan song.

With new times came new fashion trends. After World War II, amber lost its spot in the limelight. Mass production resulted in amber products losing their charm and beauty. A necklace made of amber beads can still be found in nearly every household.

The multitude of designs and their intricacy places the Gdansk amber industry high on the international list of artistic amber jewellery designers.

Simply take a walk down the streets of Gdansk and visit a few jewellery shops to see for yourself.

The fame of amber
SEE ALL