The fame of amber

To bring back or receive an amber souvenir – it sounds different today than several centuries ago. 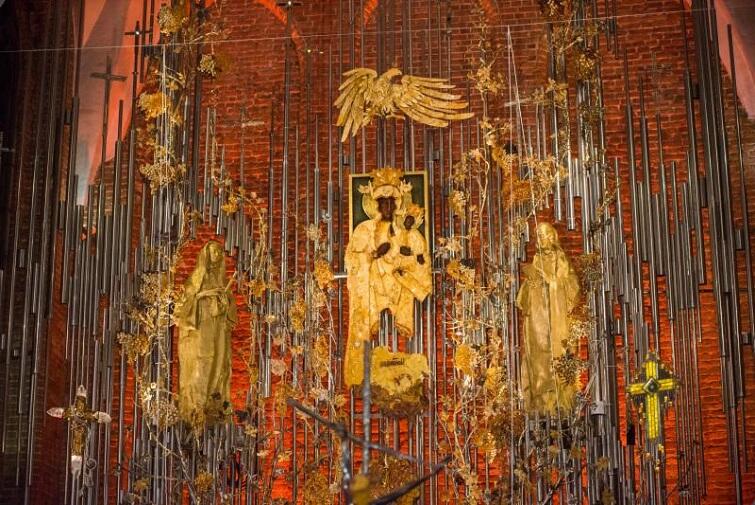 Amber has always been a great idea for a gift. For burghers and noblemen in the past, and today for tourists and those on an official visit to Gdansk.

Every royal, imperial and papal court prized the intricately made gifts crafted by the hands of Gdansk jewellers.

There is a famous story about a lost amber crown gifted to King John III Sobieski during one of his visits to Gdansk. Historians argue to this day about what the crown in question really was. Was it a chandelier that was referred to as a crown, or was it perhaps a set of prayer beads? Or maybe the royal gift was something else entirely?* And since the crown does not exist, arguments rage on, feeding our imagination and commanding respect for Gdansk artisans.

The gifts offered to the nobles, rulers and other prominent figures of this world included necklaces, chests, rosaries, book covers, tankards and chalices.

But among them were also unique works of art.

One of these was a mirror frame created by the famous master artisan Turow. It was made up of around 1500 engraved and sculpted amber tiles, and took 21 kg of amber to make.

We also know of an amber chair with sculpted ivory ornaments ordered from Gdansk by a Brandenburg noble as a gift for Emperor Leopold I.

Today, amber is invariably associated with Poland, and with Gdansk in particular. It also figures prominently as a prize in various contests. A good example is the Amber Nightingale statuette – the Grand Prix of the Sopot International Song Festival.

And more recently, a gift of amber was presented to two members of the British royal family on a visit to Gdansk – Prince William and Duchess Kate. The duchess received a butterscotch amber necklace, and the prince was gifted cherry amber cufflinks.

Amber is to be found virtually everywhere in Gdansk. As the headquarters of the International Amber Association, the city also organises the Amberif and Ambermart trade fairs.

And the Gdansk Museum of Amber, a division of the Museum of Gdansk, presents the rich history of the Baltic stone.

As you are walking down the Main Town streets, your eyes are drawn to the many certified shops and stands offering amber jewellery.

The names of restaurant menu items are also often inspired by the Baltic gold.

You really cannot help but realise that Gdansk is all about amber.