A quest for meat

Nowadays, if you want meat, you can go to your local butcher’s shop, the supermarket or visit your friends in the country. And in the past? In the past, that is in the Middle Ages, meat was traded at meat stands, also referred to as shambles. 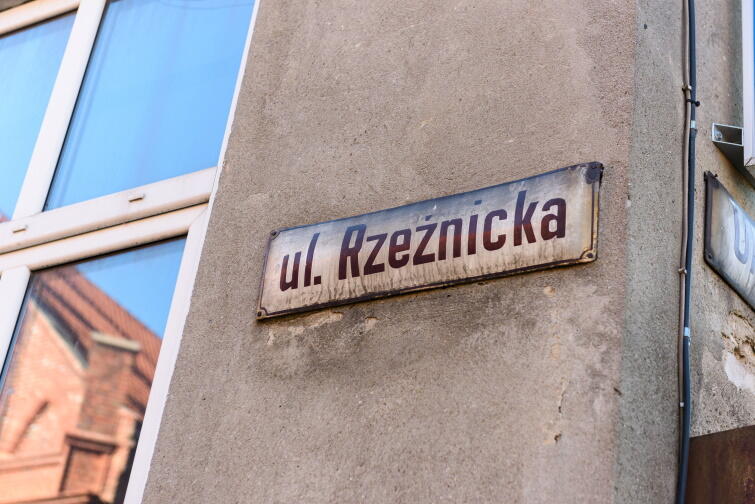 Contrary to a popular misconception regarding the ascetic tendencies of the Middle Ages, the demand for meat was high. Thus, the places where one could buy it had to be numerous, and they also had to be trustworthy. The stands were governed by the butchers guild. To become a guild master (in the Main Town, according to mentions from 1331), it was necessary to have your own stand.

The shambles were scattered across the Main, Old and New Town, as well as the Suburbs. In the Old Town, there were 56 such stands, the Suburbs (now referred to as the Old Suburbs) had 30 of them, and there were as many as 80 such places in the Main Town. In the latter, they were organised into four rows of 20.

What did the shambles look like? Each was a separate stand. Each stand had a moving tabletop which served as a counter during the day, and was raised at night like to a top-hung window.

The meat had to be assessed by a two-member committee appointed by the guild. The committee was also responsible for the meat’s pricing, which often simply depended on the look of the food. Just like any other market, the shambles, too, had their rules. It was forbidden to shout at potential customers, wave one’s knife about or threaten others. The importance of the shambles diminished in the 16th century, when the king allowed butchers to sell meat where they kept their livestock. When the Trade Hall opened in the 19th century, they disappeared altogether.

Let us remember the shambles, especially when taking a stroll down Rzeznicka Street (Butcher’s Street) in the (Old) Suburbs. We are following the path of old meat stands. In the Main Town, the stands were situated between Sw. Ducha Street and the Parsonage. It is said that the panels depicting cattle which can be found on the perron of one of the townhouses on Mariacka Street come from these meat stands.