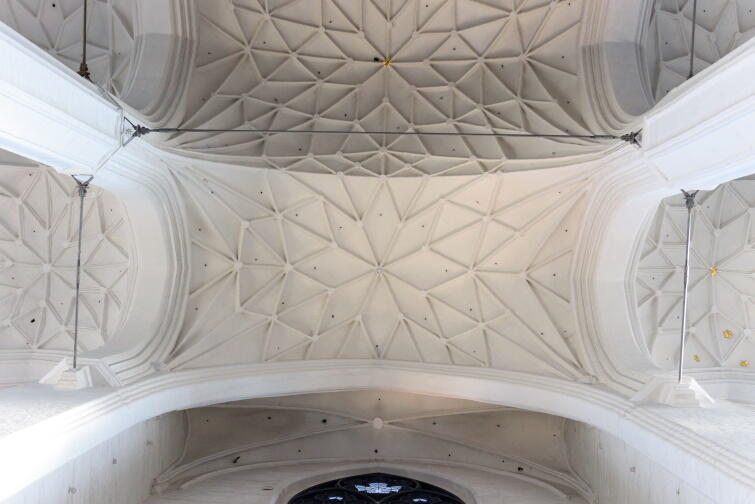 It is a pot embedded in a wall which makes voice resound stronger. Such pots used to be embedded into Orthodox church walls in Ruthenia, as well as in Polish lands. The opening of such a container was directed towards the interior of the temple. The earliest mention of such containers comes from the 11th century, and describes the use of pots during the construction of St Basil Orthodox Church in Ovruch. In 1340, Bishop Maciej of Golancza ordered four pots each to be embedded around the windows of the Wroclaw Cathedral, two to be embedded under the roof of the chancel and two slightly below it. Also, more were added above the entrance and in the ceiling. For that reason, the Wroclaw Cathedral allegedly came to be known as the thundering cathedral.

The material used for making the pots was clay with the addition of graphite. They were manufactured by potters from Bohemia and Ruthenia, as well as Poland. Embedding such containers into walls (which were unplastered!) resulted in a lot of reverb and reduced room echo, which made all words pronounced inside sound crisp. In the 19th century, when building conservators began to fill these holes in church walls and ceilings without knowing their purpose and considering them unnecessary, the chancels of such churches would suddenly become “deaf”.

Such pots reportedly also had other uses – they were utilised as hollow blocks for building ceilings. It is conjectured that such pots were used either to improve building acoustics or to protect the interior from moisture.

The “mysterious” holes were a matter of international interest – in the context of acoustic vases in mediaeval church ceilings. Gustaw Budzynski, a lecturer at the Gdansk University of Technology and a prominent acoustician, conducted research on mediaeval ceilings and acoustics.

Now that we know what a holosnik is, we can go out and look for them.

The first place worth visiting is the largest brick Gothic church in the world. That is, of course, the Church of the Assumption of the Virgin Mary, commonly referred to as St Mary Church or Basilica (which refers to its rank, not its architecture).

The southern transept and the southern chancel aisle have some of the most easily noticeable holosniks in the building.