In the Gatehouse Complex

From the west, the Gdansk Main Town begins with the massive Gatehouse Complex on Dluga Street. Nowadays, the complex is made up of the Prison Tower, the Neck with the Prison Building and the Torture Chamber. In the Middle Ages, however, the complex also included the Long Street Gate, now referred to as the Golden Gate. 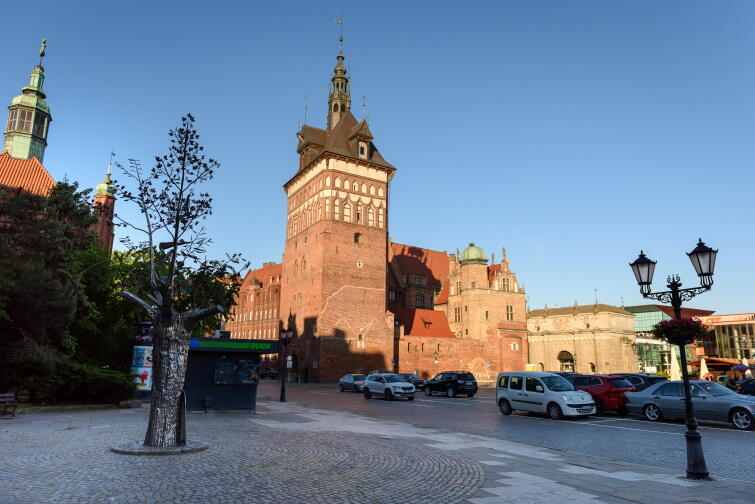 The Tower, Neck and Torture Chamber are of particular interest to us. Brick, of two varieties to be exact, dominates the square, which has been referred to as the Coal Market since the 18th century. Today, the impressive building stands alone, but in the Middle Ages, the area was protected by city walls and moats. The construction of the walls began in 1343, when the city received special permission from the Grandmaster of the Teutonic Order, Ludolf König. The project took many years, even centuries, to complete. In simple terms – a moat was dug out, and a gate was built into the walls. City fortifications were then reinforced with another moat dug out starting from the west. Two cylindrical towers were also built to guard the entire complex. An additional tower was erected in the middle of the gate. Today’s Prison Tower was built with firearms in mind, which is evident when looking from the inside.

As time went by, in the second half of the 16th century, embankments were added, in addition to a new gate facing west. That gate is now known as the Highland Gate.

The Gatehouse Complex ceased to serve a military function and was repurposed to serve as a prison. A specially-built room became a torture chamber. A pillory was also installed. The place was used for public executions of people from outside the city. The Tower had 16 cells, as well as a cell for soldiers sentenced to execution. An example of such execution is the story of one Hans Krumbeck, who was sentenced to death for falling asleep on guard duty. The sentence was carried out.

Nowadays, the Gatehouse Complex is a branch of the Museum of Gdansk and houses the Museum of Amber. In addition to its marvellous amber exhibition, you can also learn about the history of the place and see what was excavated by archaeologists.

You can also try to decipher all the engravings left by the prison’s denizens on the building’s walls and doors. In one of the cells, be sure not to miss a pair of... shoes. It was the only complete pair found on site.