The area of modern-day Gdansk is 262 square kilometres, divided into 34 districts. And in the past? 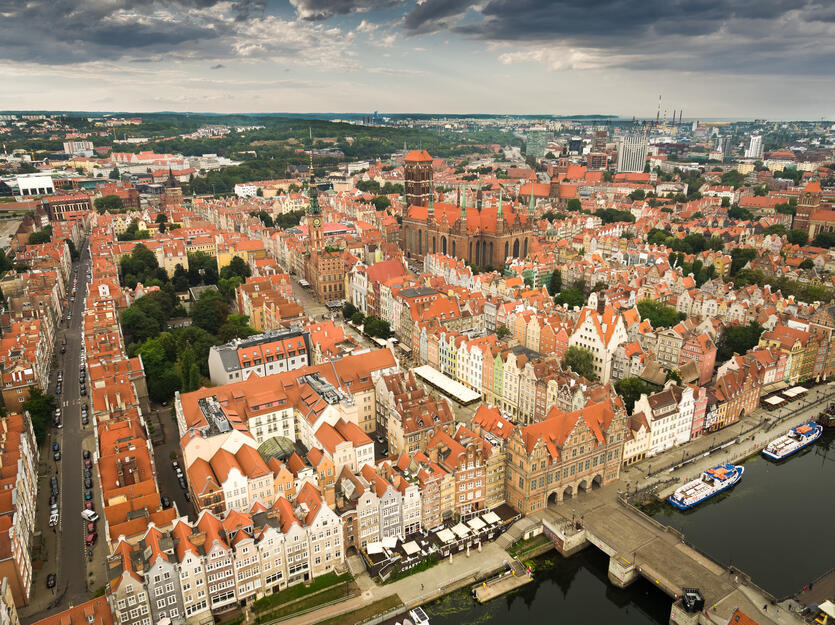 Professor Andrzej Januszajtis writes in the Great Book of the City of Gdansk that, in the 13th century, the city’s development was centred around the Old Town. In the 14th century, however, that central axis extended further south, encompassing the Main Town. Soon, both towns were encircled by fortifications, resulting in a merger. Today, this area is known as the Suburbs. By the 17th century, the city numbered 14 districts, with more being incorporated later. It would be difficult to discuss each and every one of them. More information on them can be found in Gedanopedia, the city’s encyclopaedia, for example.

You already know the Old Town because you have probably already been to St Catherine or St Bridget church, or shopped at the popular Madison gallery. When visiting the Main Town, you could not miss the monumental St Mary Church and you probably stopped to admire the elegant and very Flemish style of the Main Town City Hall. Wandering around like that, you will eventually reach a river. And it will not be the Vistula. It will be the Motlawa. This is exactly where the famous Golden Gates of the Republic were situated. The Kingdom’s main port. And a port needs warehouses. And granaries, in addition to transhipment squares, quality control points, etc.

Nowadays, New Port is the district most often associated with ports. But this is the present. What about the Gothic times?

Let us go towards the Green Bridge. Let us cross the Motlawa and enter Spichrzow Island. There, you will find people taking a walk along the beautifully-renovated Stagiewna Street and enjoying the local cafes and restaurants. Let us take a walk down the “promenade” and take a look at the city from the other side of the river.

Unloading of imported goods, loading of exported goods. Quality control. All this took place on Spichrzow Island, or “at the granaries”, as it used to be called. It was not until the mid-15th century that this place became an island. It was connected to the Main Town via the Koga Bridge (modern-day Green Bridge), and the Cow Bridge. From the east (after the New Moat was dug out), the Stagiewny Bridge was built. Nowadays, the neighbourhood is a popular tourist attraction. A unique kind of export takes place here – an export of views of Gdansk from the other side of the river.