Meanwhile, in the suburbs...

Gothic churches are too large to fit in the frame. Therefore, you need a wide-angle lens to photograph one of the largest (post-)monasteries in Europe. 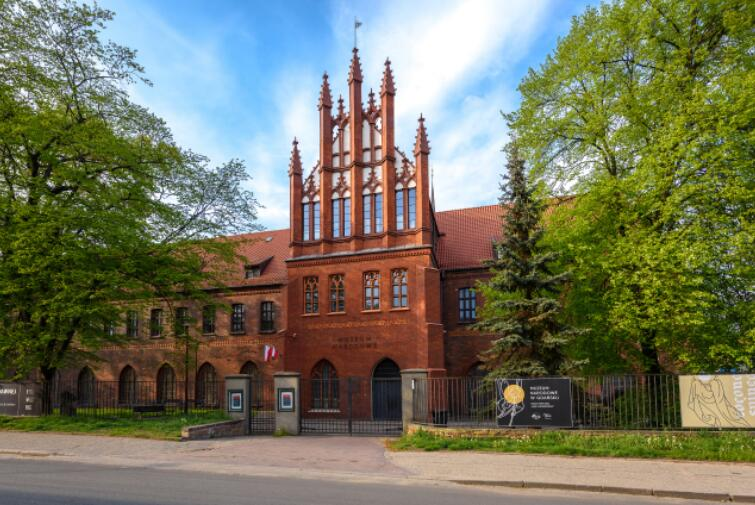 We are talking about the “Francises” of the Suburbs. Nowadays, that part of Gdansk is called the Old Suburbs. However, the adjective was not used until 1949.

While the Franciscans from the Bohemian-Polish Province arrived in Pomerania as early as in the 13th century, it was not until the early 15th century that they made their presence in Gdansk. This was the result of a papal edict which allowed them to establish a convent in the city – at its outskirts, to be exact.

After receiving a plot of land from the City Council at the end of Kocurki Street, the monks began to prepare the construction site. First, they had to find workers. The area had to be levelled, materials for the foundation had to be prepared, and bricks had to be manufactured. After that, all that was left was to... build the entire structure. Three years passed from the issuing of the papal edict before the construction had finally begun. The road near which the church (and later the monastery) was built was dubbed Grey Monks’ Street. Eventually, the name was changed to Holy Trinity Street. This is the name which we can find on the city map today.

In 1423, the monks received approval from the Main City Council to build a monastery. Soon, construction work began. The Church of the Lord’s Supper was also built. Nowadays, it serves as the chancel of a larger building, and is located in the eastern part of the temple, separated by a wall referred to as the chancel screen. It is also worth noting that it is the only such screen which survived to the present in what is modern-day Poland.

After the Thirteen Years’ War, it was decided that the monastery should be rebuilt. Also, a decision was made to construct a larger church. Construction work began in 1480. King Casimir IV Jagiellon wanted a church which would hold masses in Polish. A beautiful church was built – the St Anne chapel, which to this day delights visitors with its magnificent ceilings.

It is worth visiting not only the churches, but the monastery as well. Nowadays, it houses the National Museum, which contains some magnificent exhibits of Pomeranian Gothic art.