The sounds of the city

Nowadays, residents of Gdansk can apply for a Resident Card. The card makes them eligible for numerous discounts and gives access to various events in the city. But what was it like to participate in the life of the city in the past? Let us take the Middle Ages as an example. 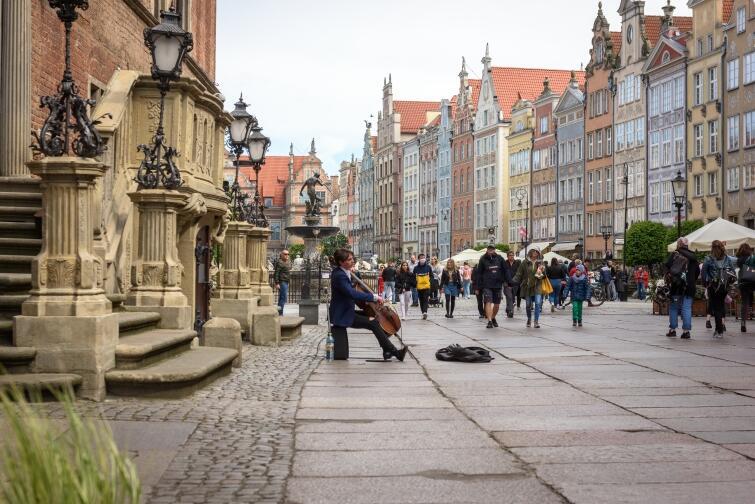 Today, to become a resident of Gdansk, it is enough to be born here or to register as a resident. It’s simple.

In the Middle Ages, on the other hand, all the way until 1342, it was necessary to have lived in the city for a year and a day to be able to apply for resident status. In addition to that, there were two types of resident status – large and small. A man could become a resident of the city if he was a legitimate child, lived in the city, professed a tolerated religion, and if his material status allowed him to pay taxes and meet other obligations to the city. Being a resident was a guarantee of security. Also, it was required to purchase real estate in the city and perform professions which only residents were allowed to perform (like being a baker, for example). Moreover, only residents were allowed to become public servants. To become a resident, it was necessary to make certain payments, which were considerable. However, if a person wanted to live in Gdansk, it was not necessary to apply for resident status from the get-go – the only difference was that non-residents did not enjoy full resident rights.

The wealthiest (the patricians) met up in the Artus Court, governed the city, funded altars, sat at tables in the Artus Court and aspired to become noblemen – something many residents of Gdansk were indeed able to accomplish. The remaining people (the commoners) joined guilds and maintained guild chapels, issued ordinances and trained apprentices. The poorest (the plebeians) were often so impoverished that they did not even have the money to pay taxes. History does not speak of them, and they never reverberate in the sounds of the city.

Rich townsfolk sent their children to parish schools, where they could learn to read and write. After all, it was a skill every merchant needed to do business effectively and exchange correspondence with other merchants from cities belonging to the Hanseatic League. Alternatively, knowing how to read was also useful when they wanted to visit the first public library in the city, which opened in the Parsonage of the Main Town Church.