What a manor house...

In the heart of the Main Town, near Neptune’s Well, stands a building which is one of the city’s hallmarks. Both the building’s history and its interior are unique. The building we are talking about is the Artus Court, Curia Regis Artus. Originally a famous meeting place for merchants, it later became the city’s stock exchange, and is now a division of the Museum of Gdansk. 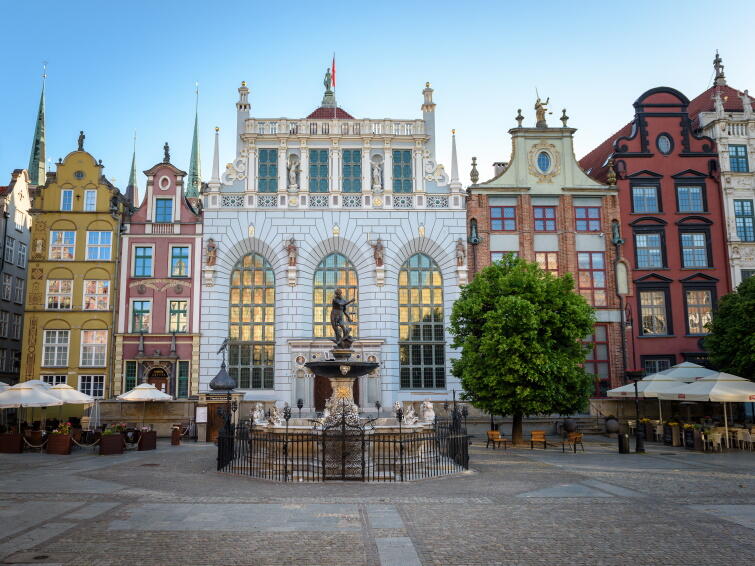 Everything began in April 1350, when the Court was built for (most likely) the Brotherhood of St George. Soon, the building’s size proved to be insufficient, and it was extended in the 1370s. It burnt down in late 1476, and its rebuilding was financed by the City Council. The Brotherhood of St George moved to the so-called Marksman’s House near Long Street Gate, which it had acquired from another brotherhood. The Brotherhood was wealthy enough to have its own chapel in the northern aisle of the transept of the Main Town church, in addition to being able to fund St George’s Hospital (built in the location of the modern-day St Joseph church).

But let us return to the beginning. The Brotherhood of St George was composed of Gdansk patricians of knightly origins, its purpose being to cultivate the related traditions. The organisation operated from 1342 to 1814. The brotherhood only accepted the richest residents of Gdansk – the wealthiest of merchants, ship owners or brewers. It also accepted city councillors and judges. Neither craftsmen nor mercenaries were admitted. Petty merchants whose wealth did no exceed approximately 10 pounds of silver could also only see the interior through the Court’s windows.

The Management of the Artus Court comprised four “elders” and four of their companions. The City Council appointed four councillors, in addition to two supervisors, referred to as the Masters of the Court. They were the ones to whom the “elders” answered regarding financing the Court. As you can see, the management board was quite sizeable.

Members of the Court founded brotherhoods and sat down together at their chosen tables, which eventually became similar to clubs, each bearing a different name. On pain of punishment, it was prohibited to complain about the quality of the local beer. But in order to learn more about the social life of Court attendees, you will have to visit the Court yourself.